On this Day in Church History the Council of the Twelve met for the last time in the Nauvoo Temple before going West (February 8, 1846)1

Last weekend my family participated in what’s called the Nauvoo Exodus Commemoration. Hundreds of people met on this freezing Saturday morning to remember something remarkable—beginning in February 1846 thousands of Latter-day Saints began their journey west in search of religious freedom.

At the event we all wore name tags honoring our ancestors whose footsteps led to our futures. 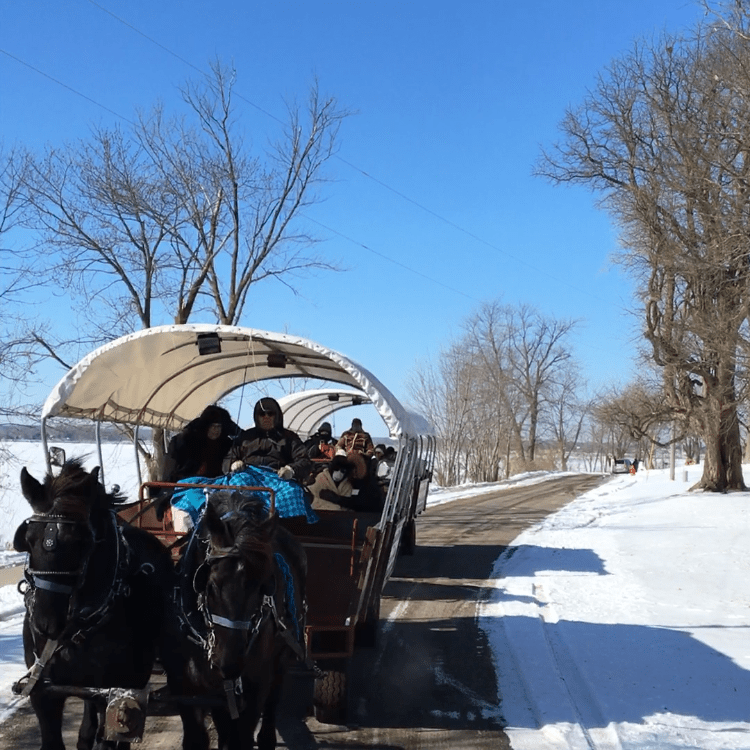 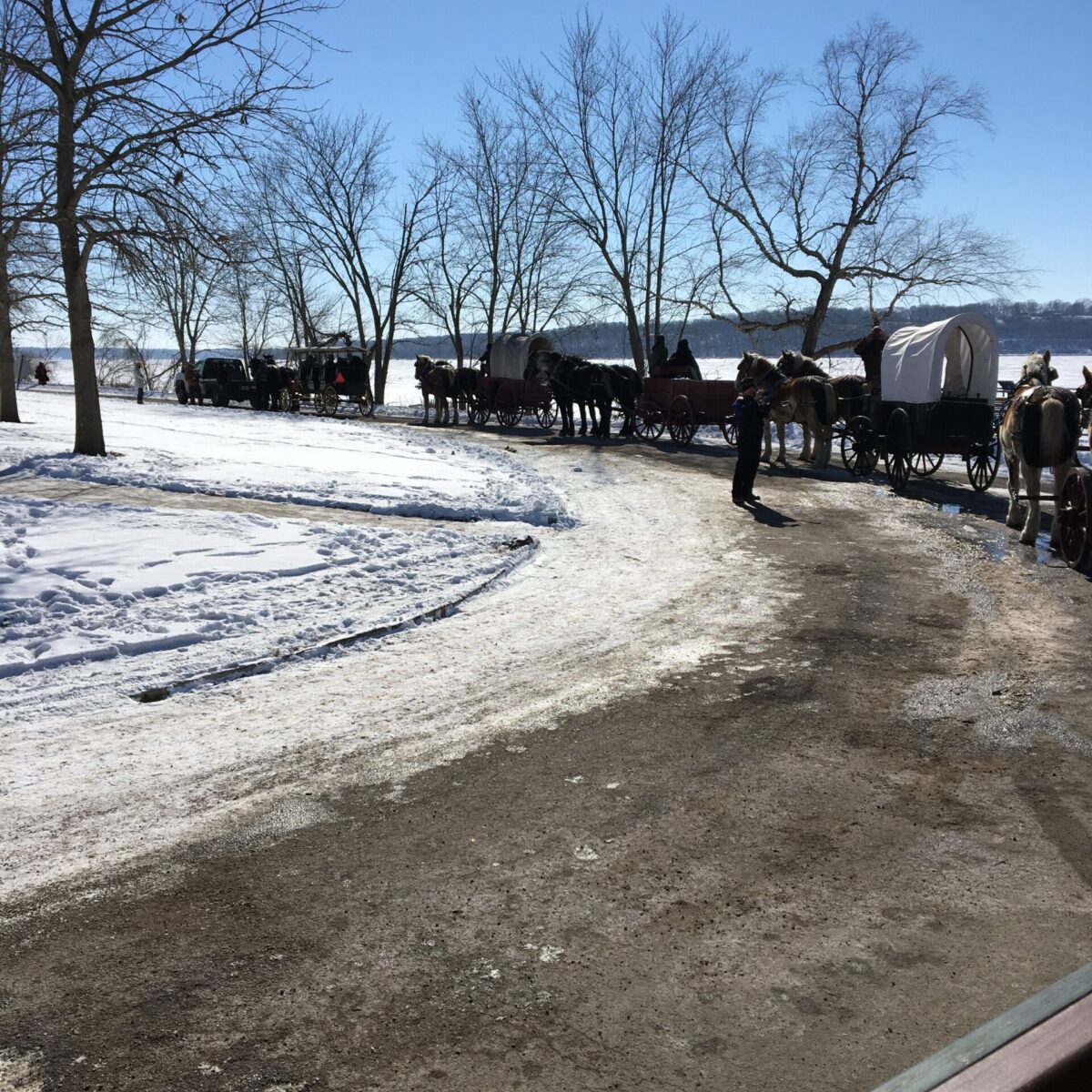 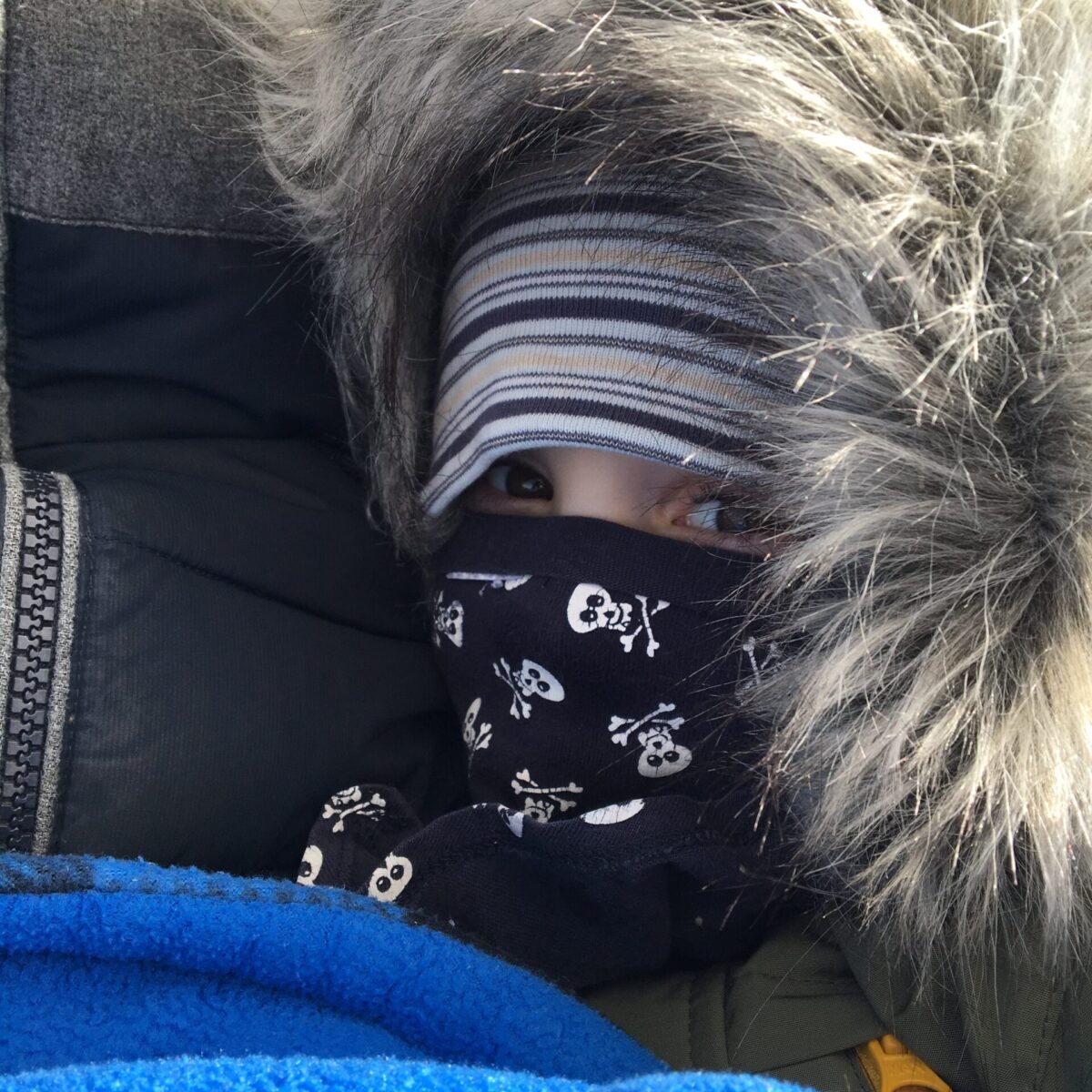 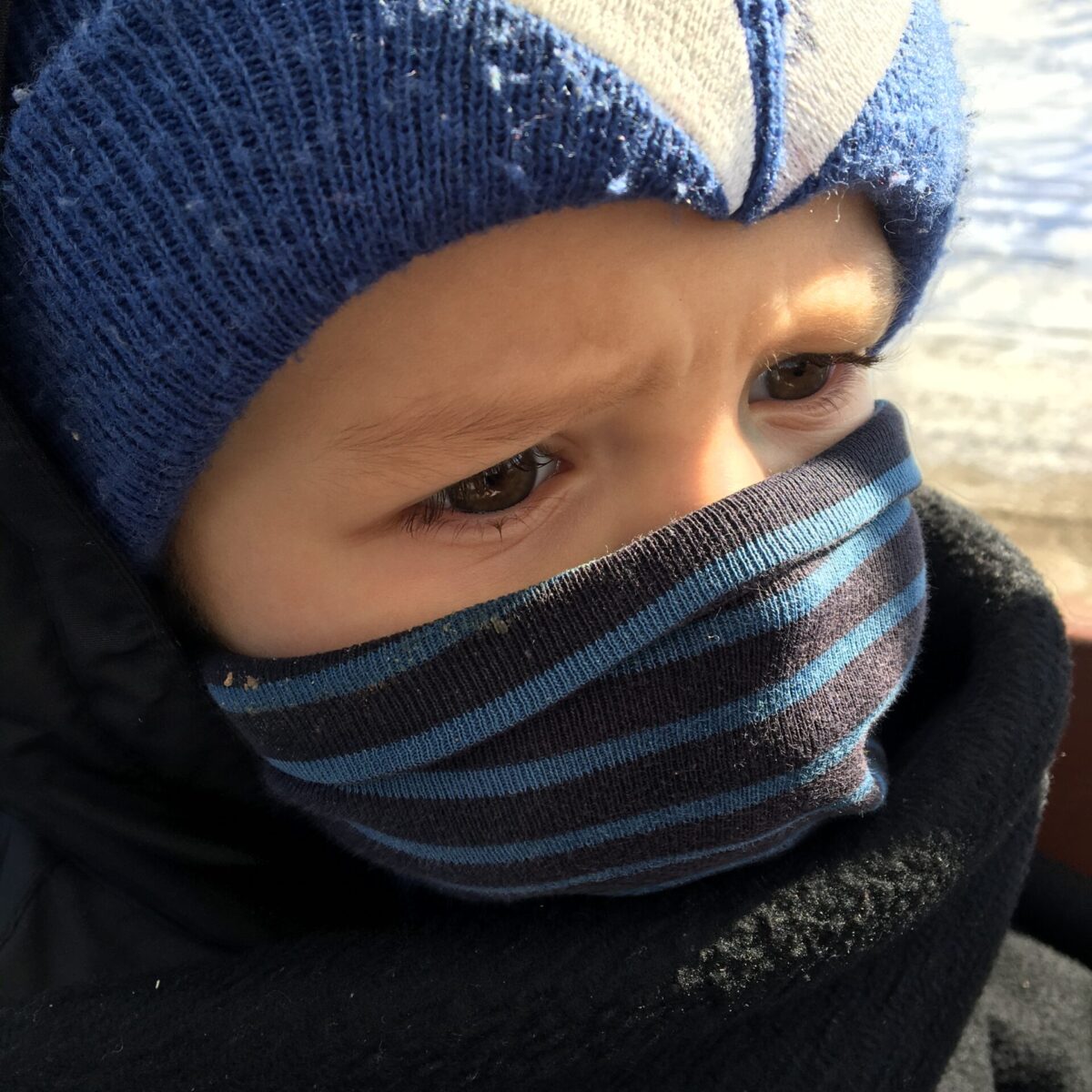 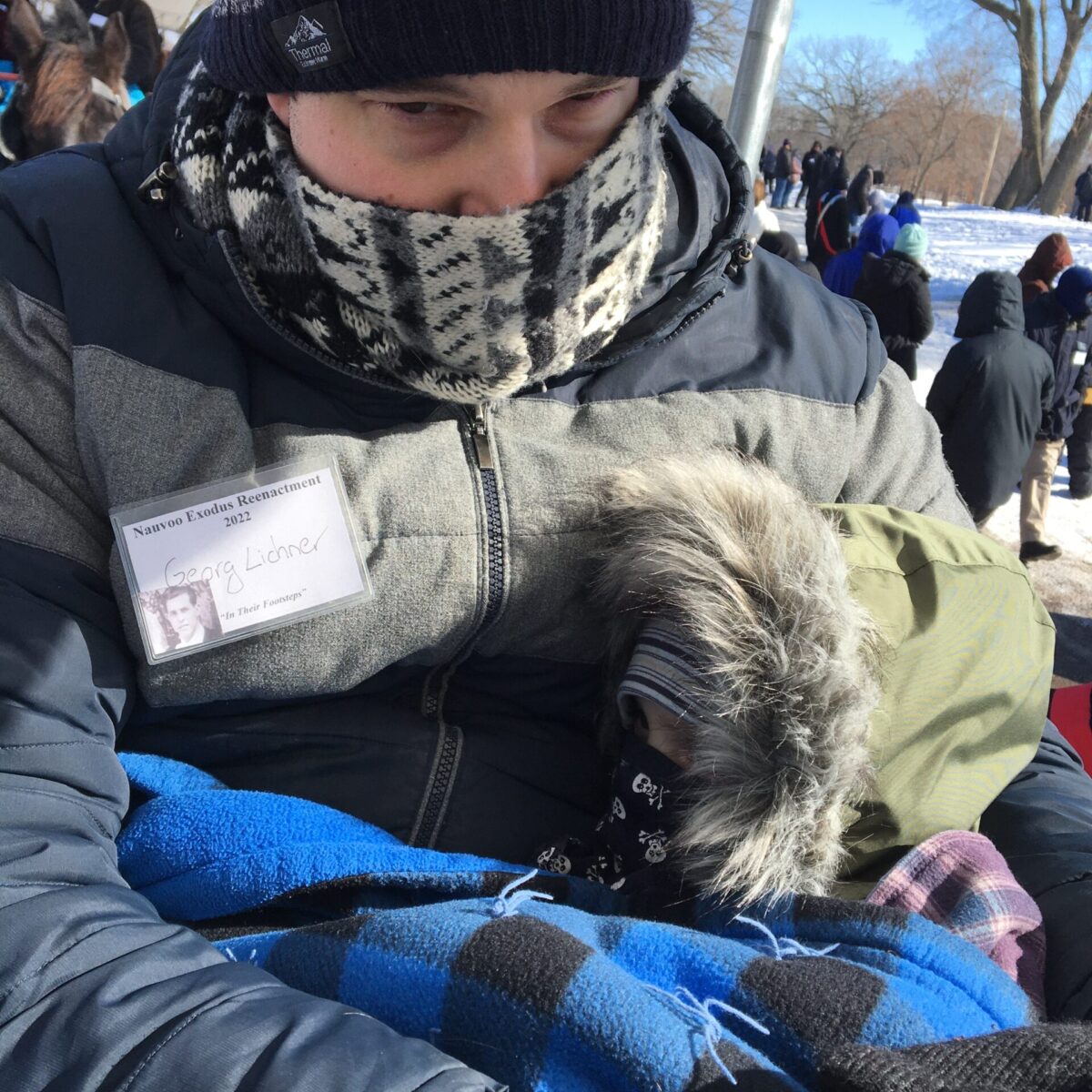 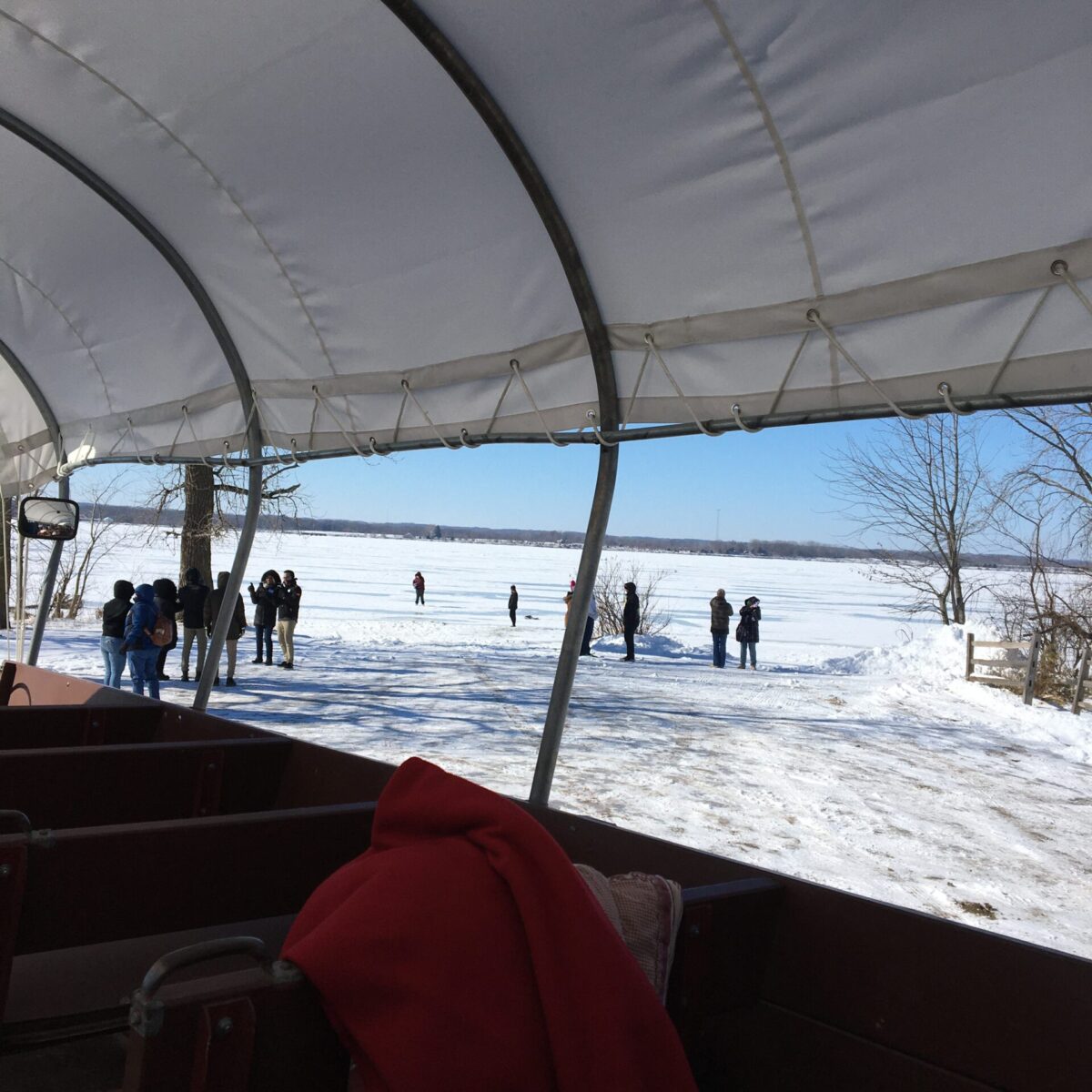 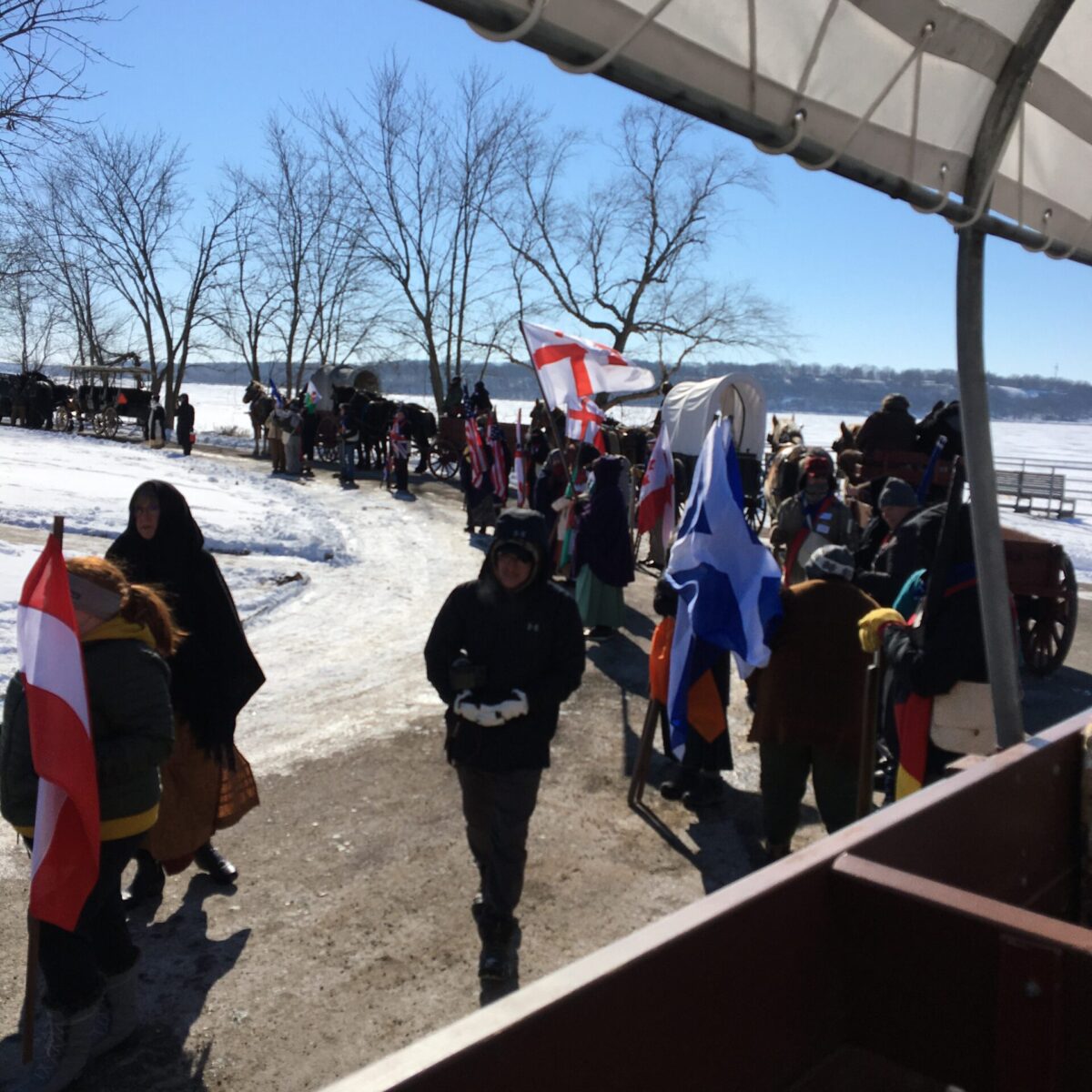 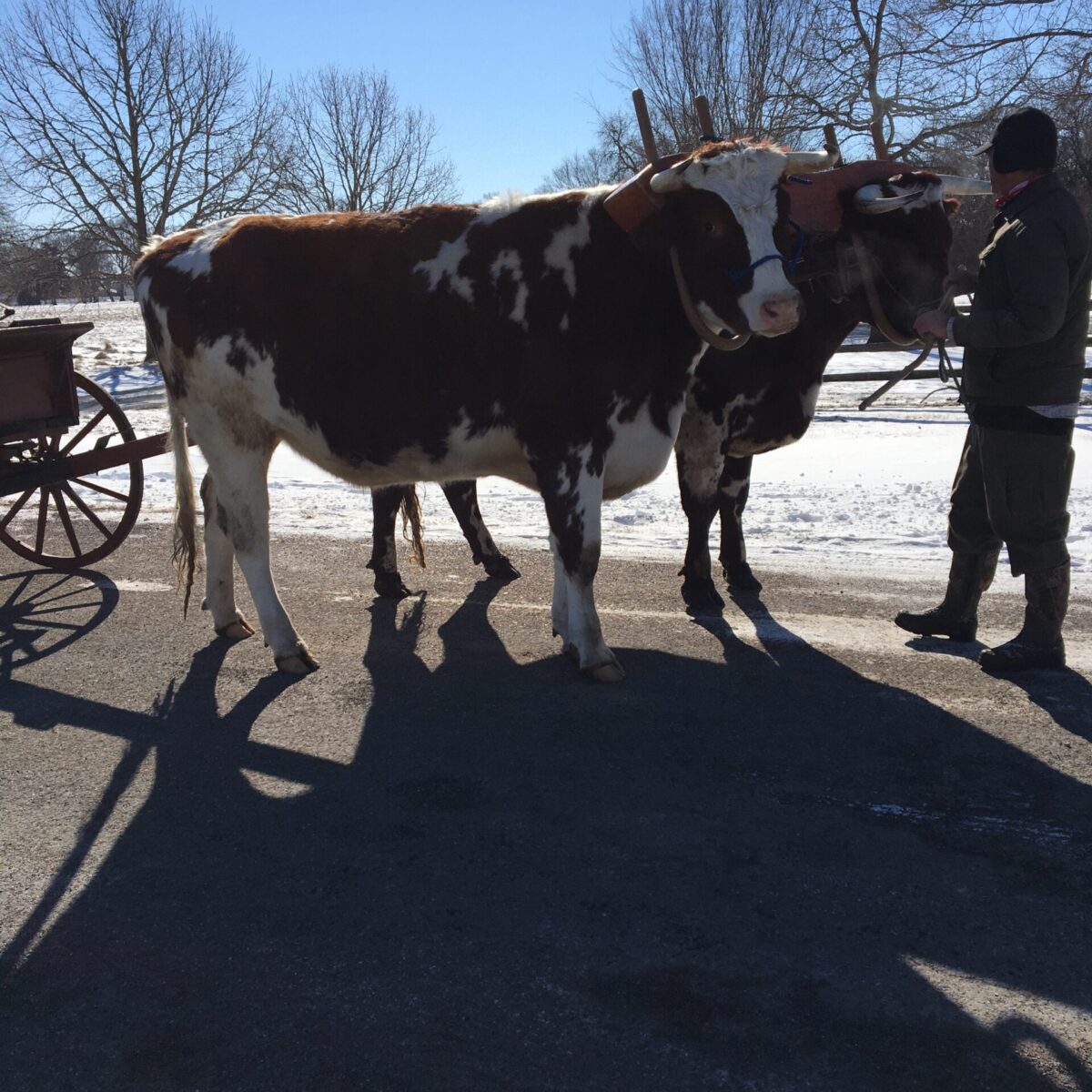 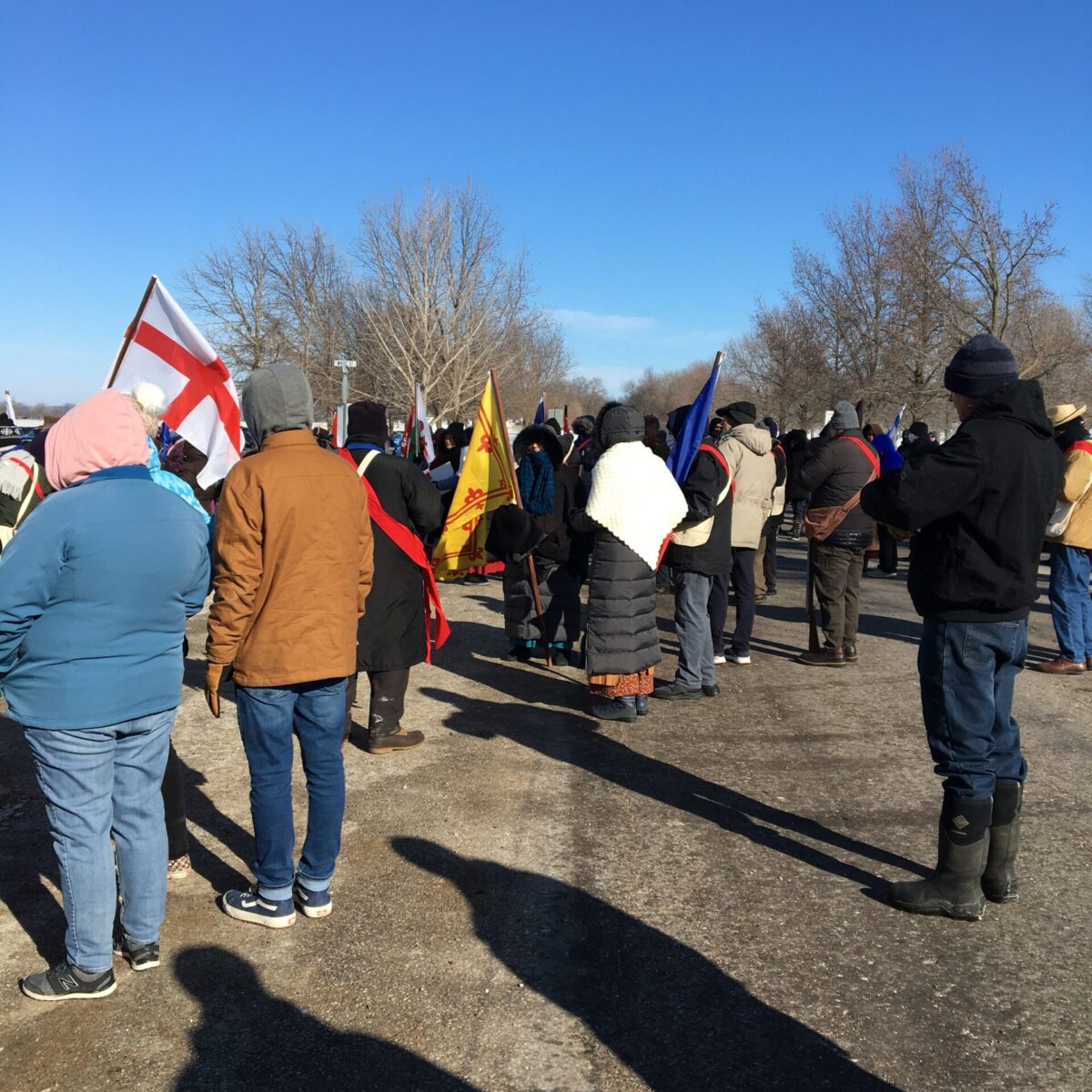 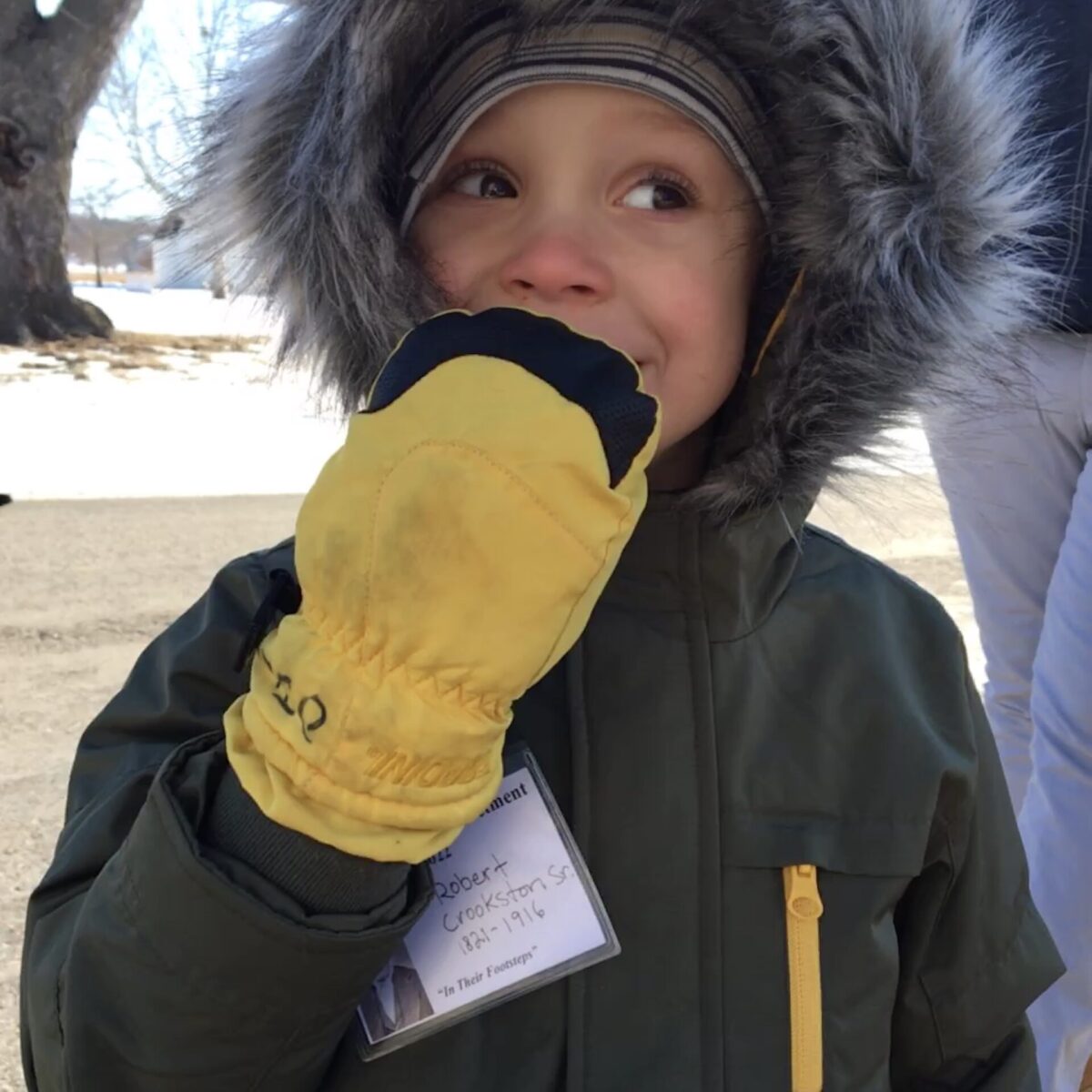 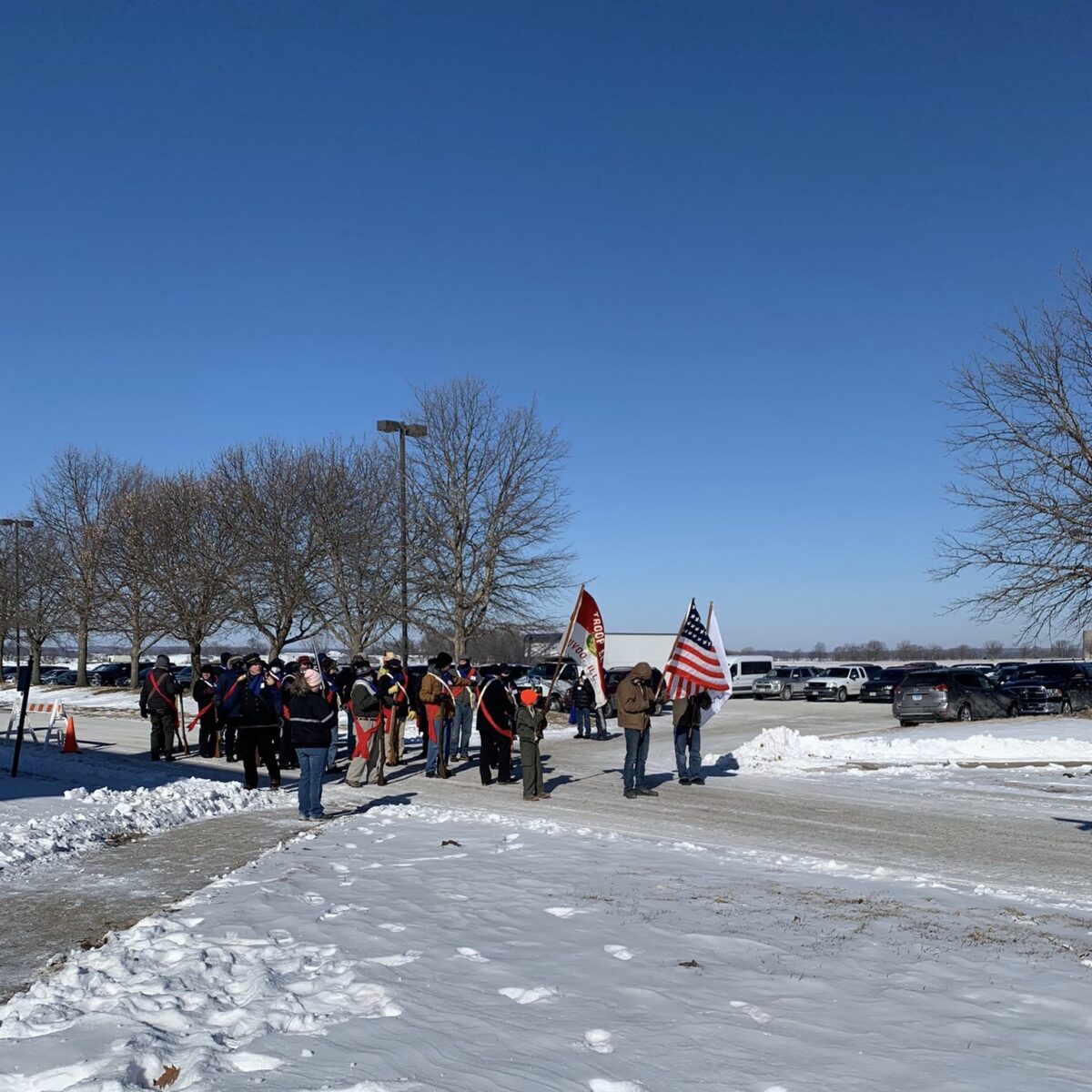 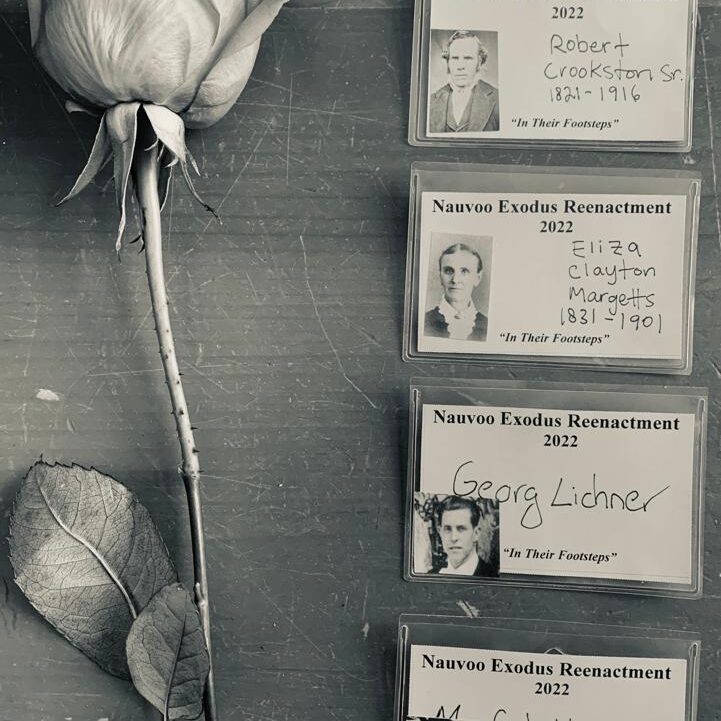 Anyone who knows anything about westward pionneers knows that their journey wasn’t easy—not even close. I have read and heard a lot about pioneers over the years. I even participated in two pioneer reenactments when I was 14 and 18 years old. This year, though, I learned something new and meaningful.

I always thought that the early Saints were forced to flee Nauvoo—leaving everthing behind. I thought how devastating it must have been for them to complete the Nauvoo Temple and immediately abandon it.

While these things are true there was something that I had overlooked. The Saints weren’t leaving empty-handed. The Lord had given them something to take on their journey that was more precious than any mansion, gold, treasure, or possession they could’ve owned.

The Lord had given them power.

Take a look at this quote from Nauvoo pioneer Sarah DeArmon Pea Rich:

“For if it had not been for the faith and knowledge that was bestowed upon us in that temple [Nauvoo] by the influence and help of the spirit of the Lord, our journey would have been like one taking a leap in the dark, to start out on such a journey in the winter as it was, and in our state of poverty, it would seem like walking into the jaws of death. But we had faith in our Heavenly Father, and we put our trust in Him, feeling that we were His chosen people and had embraced His gospel; and instead of sorrow we felt to rejoice that the day of our deliverance had come.”2

In February 1846 approximately 6,000 people had received their temple blessings—up to 295 people in a single day.3 How amazing is that!

All of those people weren’t just leaving the Nauvoo Temple behind: they were taking a piece of it with them. They had received blessings of power in the temple. Those blessings led them through some pretty dark times that lay ahead (not to mention all that they had already endured).

An early Saint named Mercy Thompson wrote that Joseph Smith had described the temple blessings like this: “They will bring you out of darkness into marvelous light.”4

Like the pioneers before me I also believe that God can lead us out of darkness into “marvelous light.”

What does “marvelous light” mean to you?